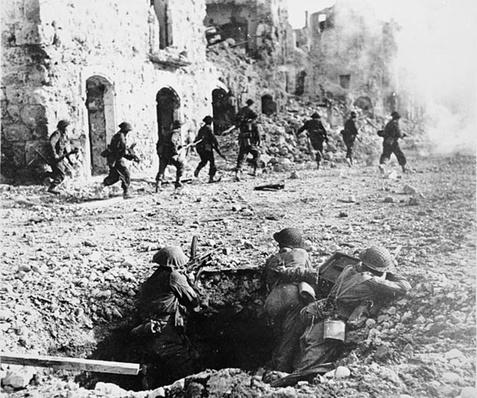 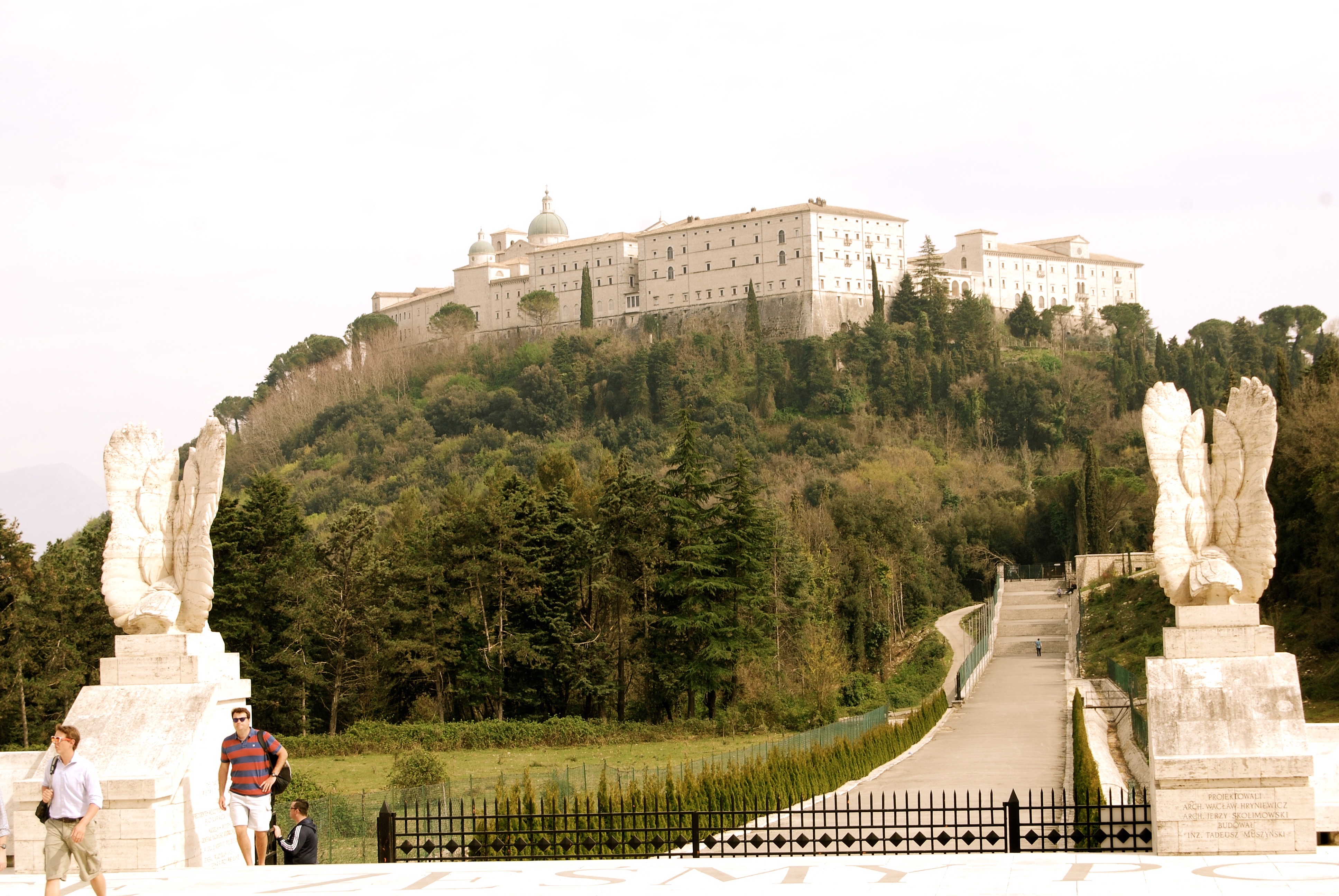 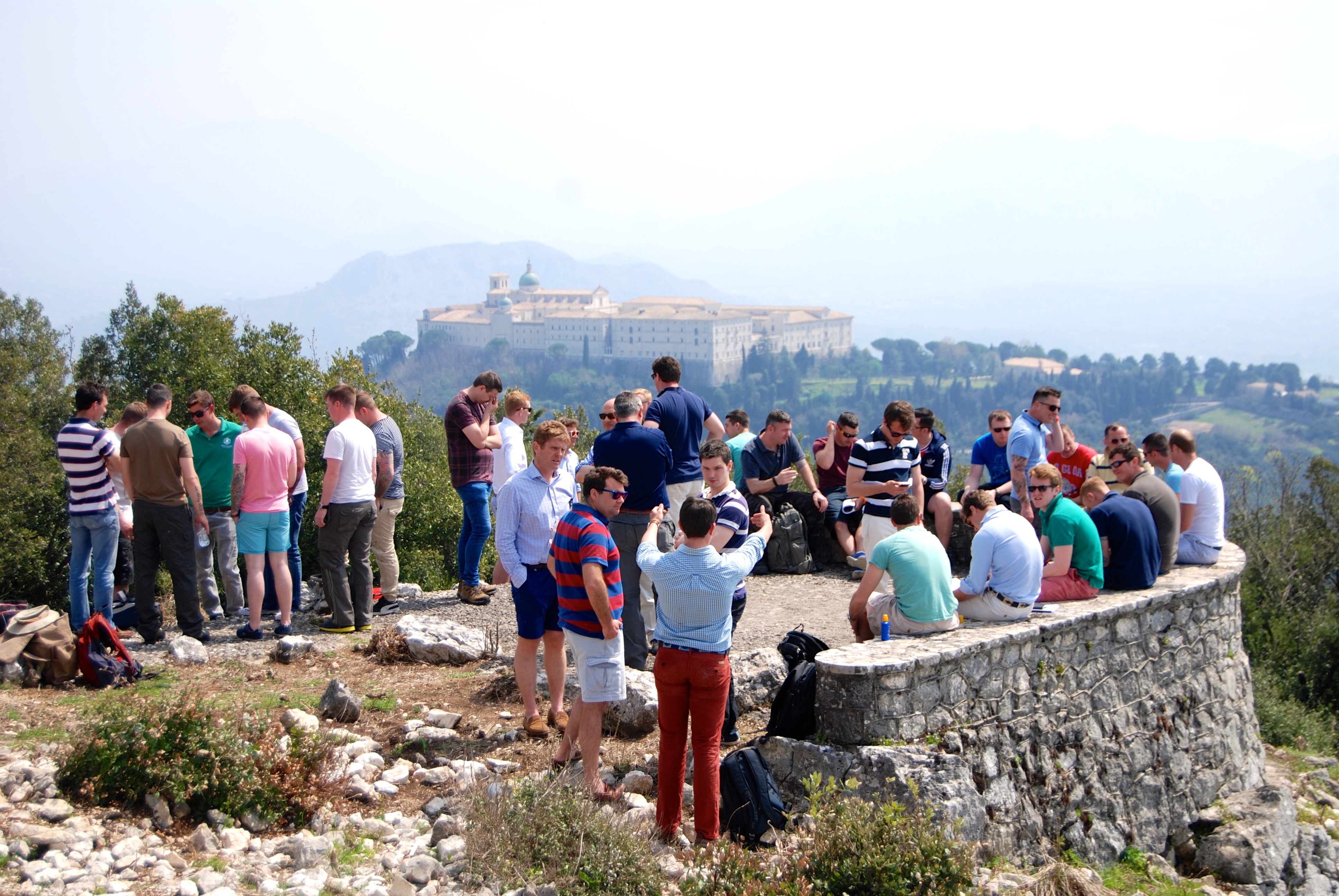 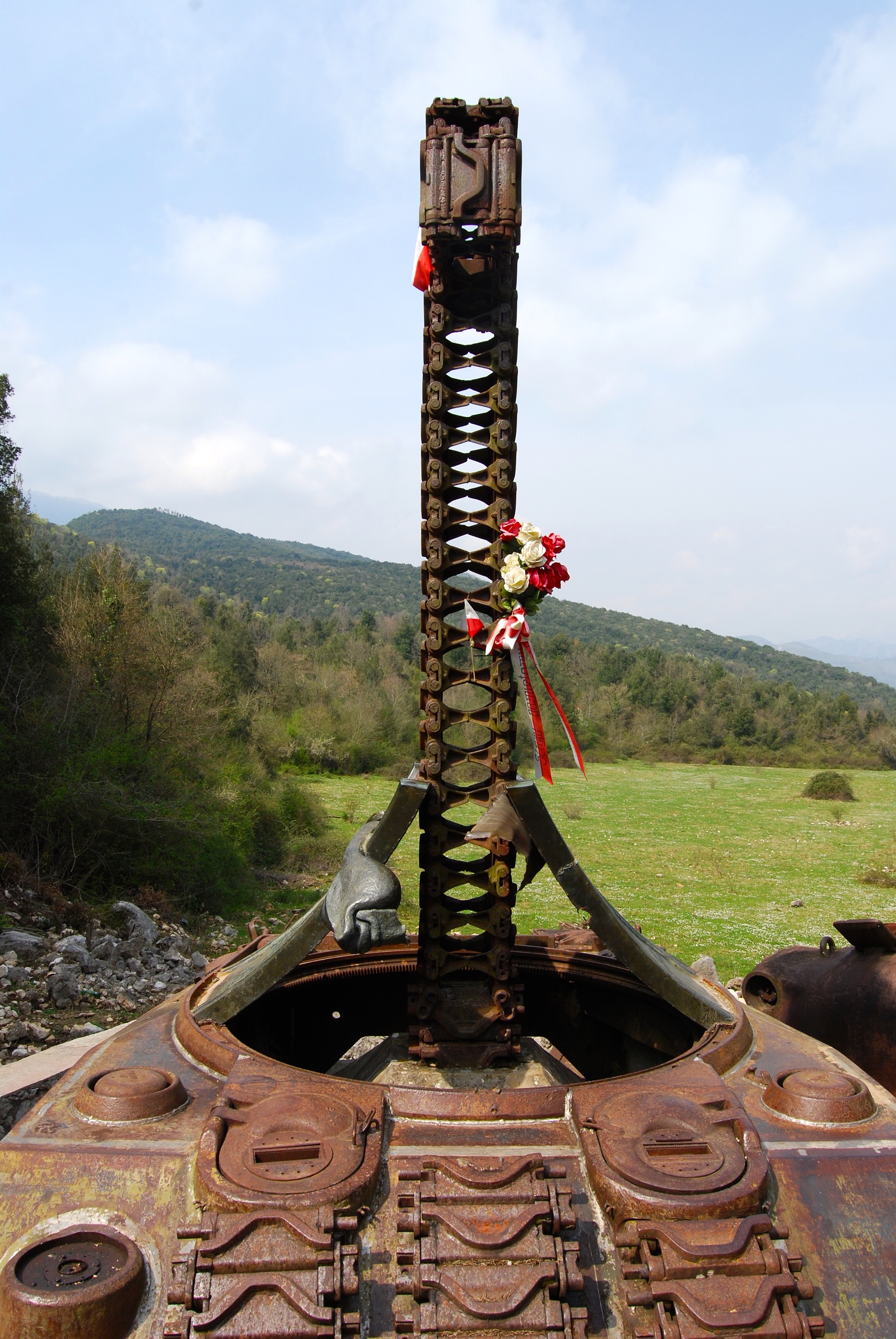 Through a series of walks and visits we make a comprehensive study of the fighting in and around Monte Cassino. Led by Julian Whippy and Clive Harris who have taken between them numerous veterans back to the battlefields, this tour includes St Angelo in Theodici, the Liri Valley, Mount Caira, Monte Cassino and Hangmans Hill alongside numerous locations in the town of Cassino itself.

Day 1
Travel to Rome and onwards to Cassino where we check in to our Hotel overlooked by the “all seeing eye” Monte Cassino.

Day 2 Prelude to Cassino
Beginning at the preserved battlefield village of San Pietro we set the scene for the following battles of Cassino. San Pietro was bombarded and fought over in December 1943 and remains today as a reminder of the cost of this Campaign.
We then see where the Allies approached Cassino on the road to Rome following Route 6 and came up against the Gustav line at Monte Trocchio After Lunch we walk the route of attack where the US 36th Texan Division made their ill-fated attempt to cross the Rapido river at San Angelo in January 1944.

Day 3 The Fight for the Hill
Today we look at the fight in the town of Cassino following the controversial bombing of the Abbey. In what the Germans described as “Italian Stalingrad” we see how New Zealanders, Gurkhas, Poles, British and Germans fought amongst the ruins and on the lower slopes of the Mountain. We visit the restored Abbey, Hangman’s Hill, Castle Hill and the Polish Cemetery. After which we walk sections of Cavendish road and Snakeshead ridge to see Albaneta Farm and Point 593, all of which saw bitter fighting in May 1944 during Operation Diadem.

Day 4 The Liri valley.
We begin the day with a visit to the German Cemetery Caira. We then look at the Allied Bridging operations in the Liri Valley that finally opened the door to Route 6 and see the sites of Amazon and Blackwater bridges. Following the Bedfordshire Regiment attack into the liri Valley we also see the VC action of the Lancashire Fusiliers and reach the outskirts of Aquino Aerodrome
We finish the day at the Cassino Commonwealth War Graves Cemetery.

Day 5
Return to Rome and flights to UK.

If you would like to book your place on this tour please download and complete the booking form and send to us with your deposit.

You can either send a cheque made payable to “Battle Honours Ltd”, pay by BACS transfer (IBAN if overseas) both account details on bottom of booking form.

I just wanted to say how much I enjoyed the Ypres tour. I was impressed with your presentational style which strikes just the right balance between information and entertainment!

I'm so grateful for the trouble that you and Jack went to to locate my grandfather's position and I never dreamt I would lay a wreath at the Menin Gate.

The bad news for you is that I'll be back.